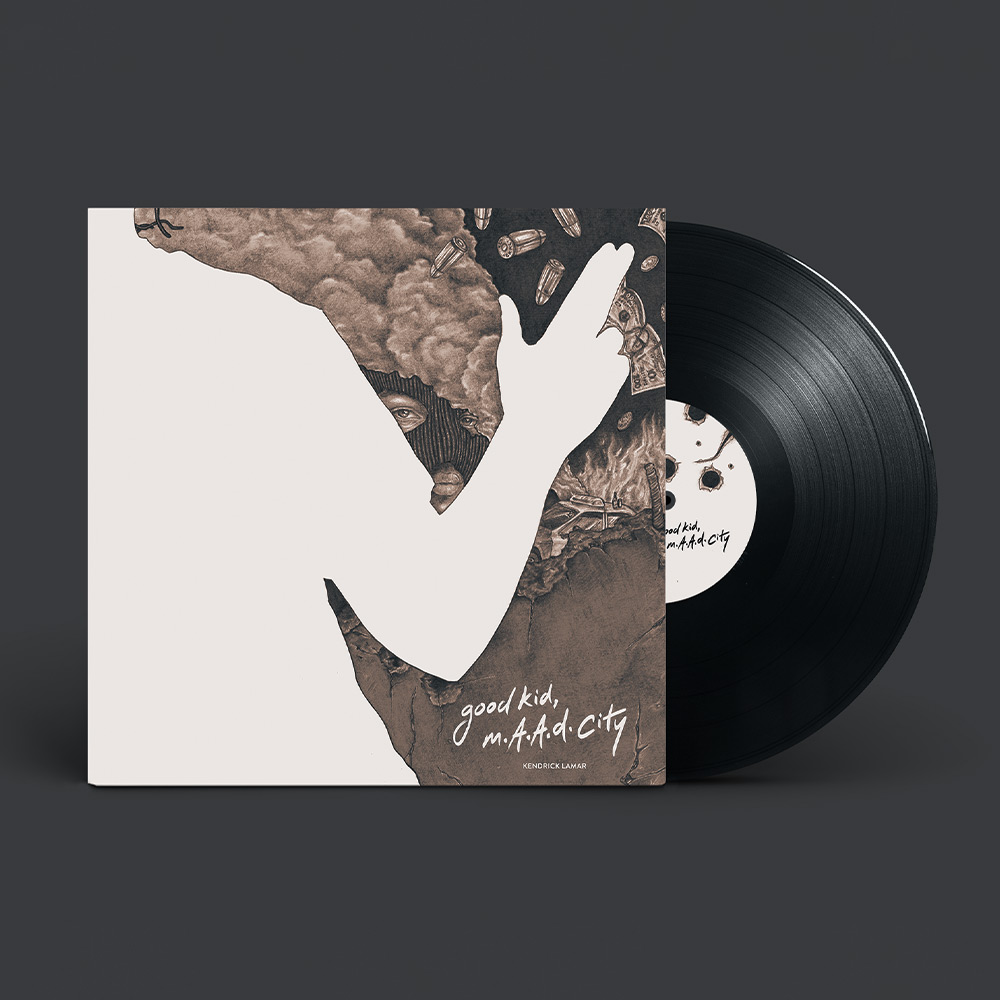 The brief for this project was to design the special edition gatefold for the 10th-anniversary re-release of Kendrick Lamar’s Good Kid, m.A.A.d City. My objective was to convey the narrative behind the lyrics through a detailed, illustrated album package that would appeal to fans of the rap genre.

The concept is inspired by the dualities at play throughout the tracklist: themes of sin and salvation, good and evil; and teenage aggression against quiet introspection to illustrate his inner struggle. I used negative space as a dominant visual element to enrich the storytelling. The cover portrays a young Kendrick shaped by the external factors of his environment, inside we see his internal struggle between a life of sin and a life of salvation. 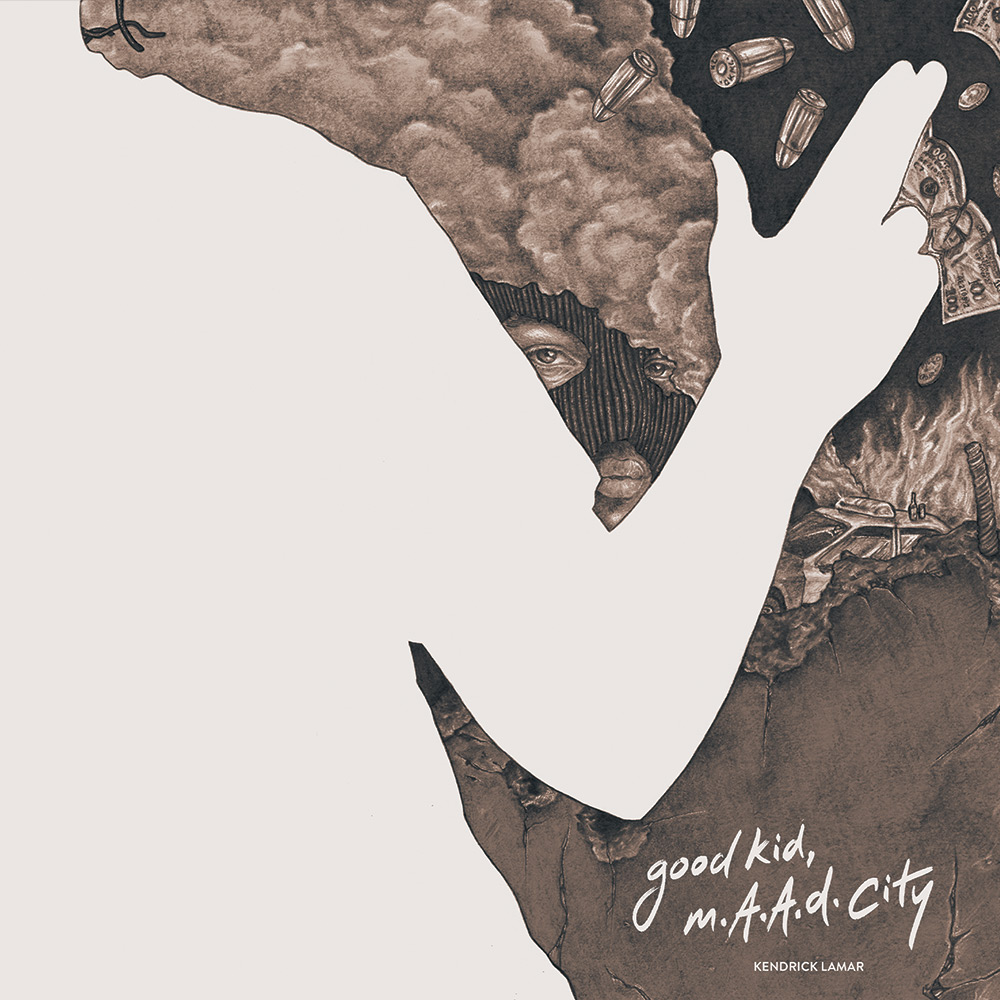 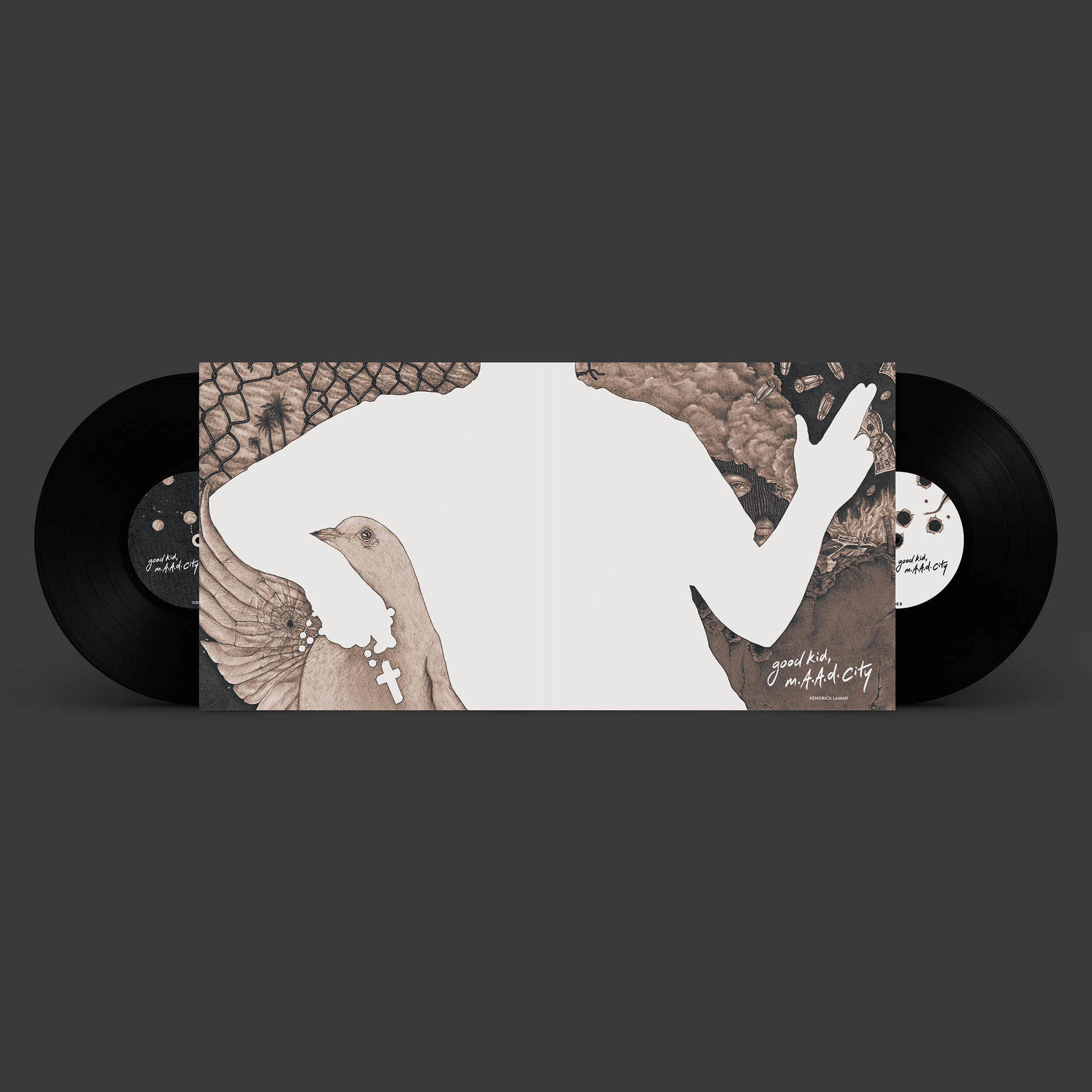 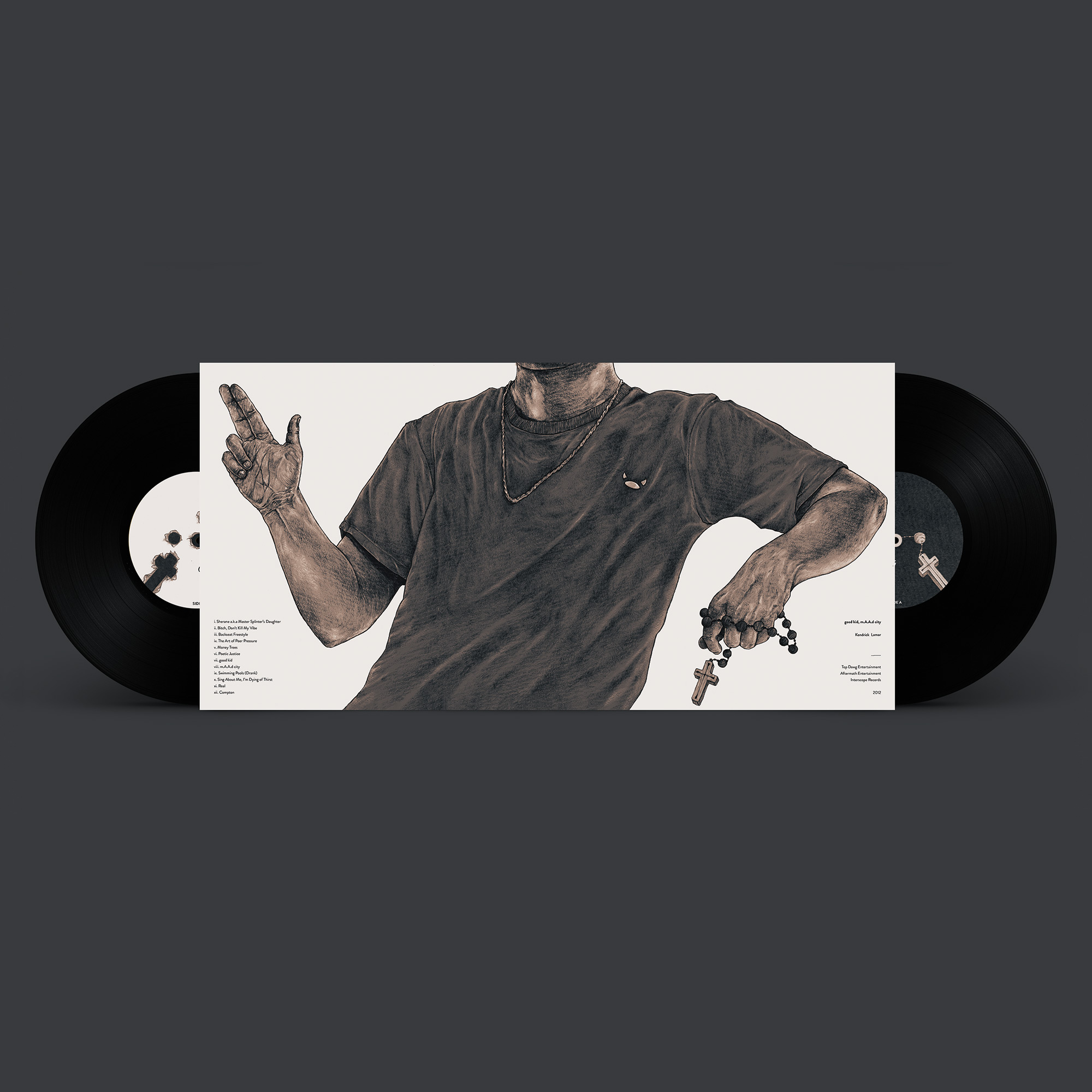 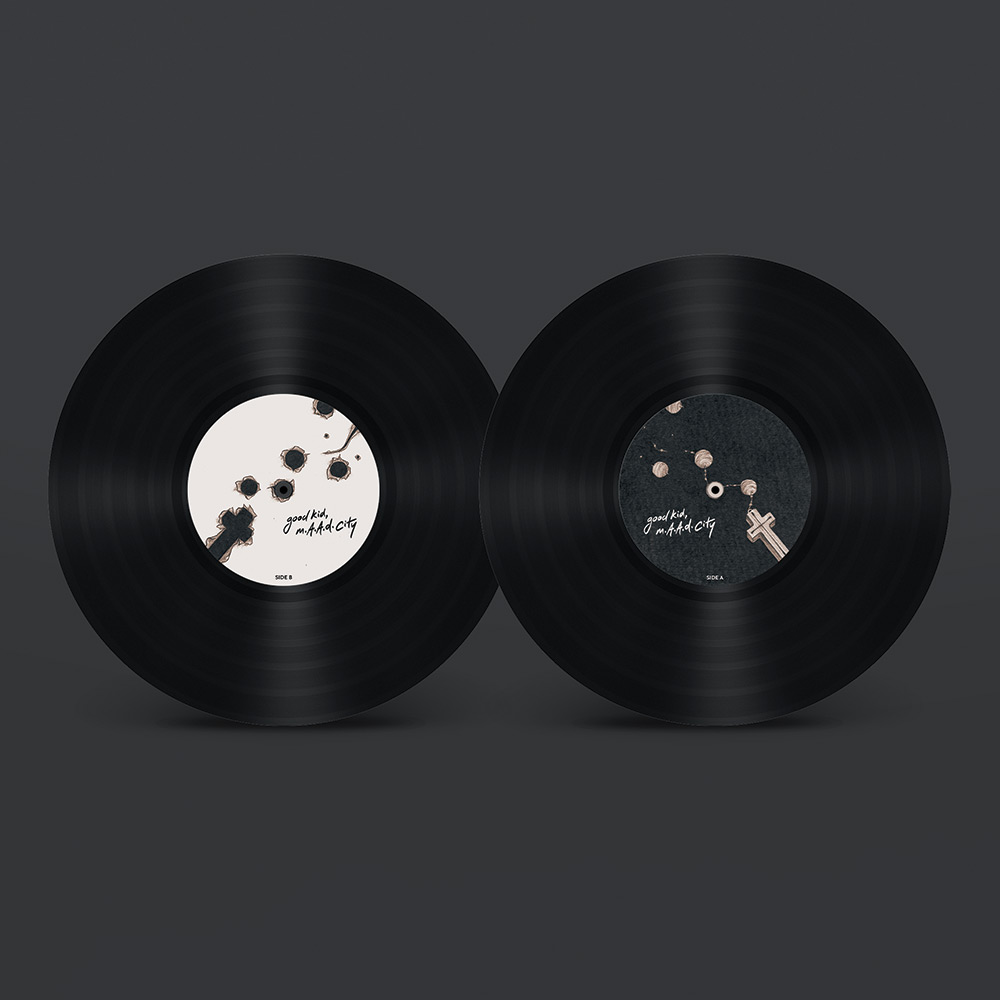 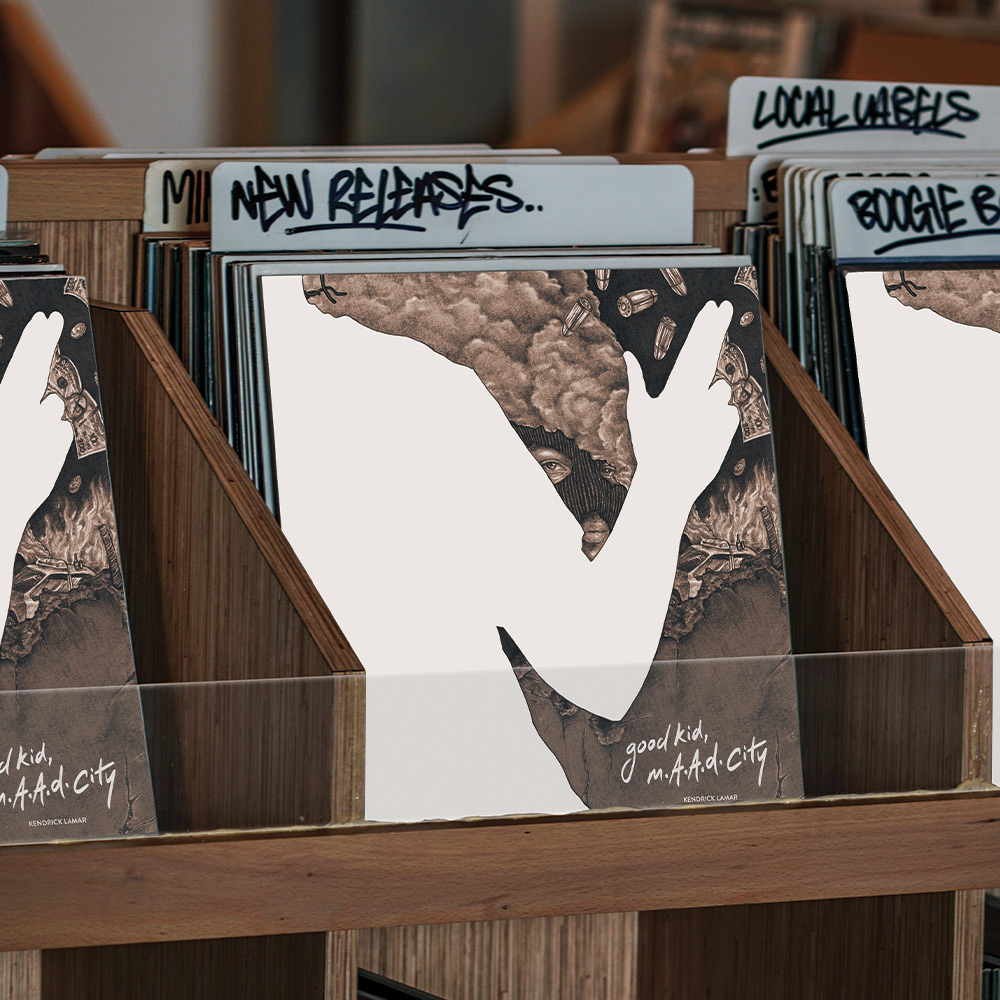 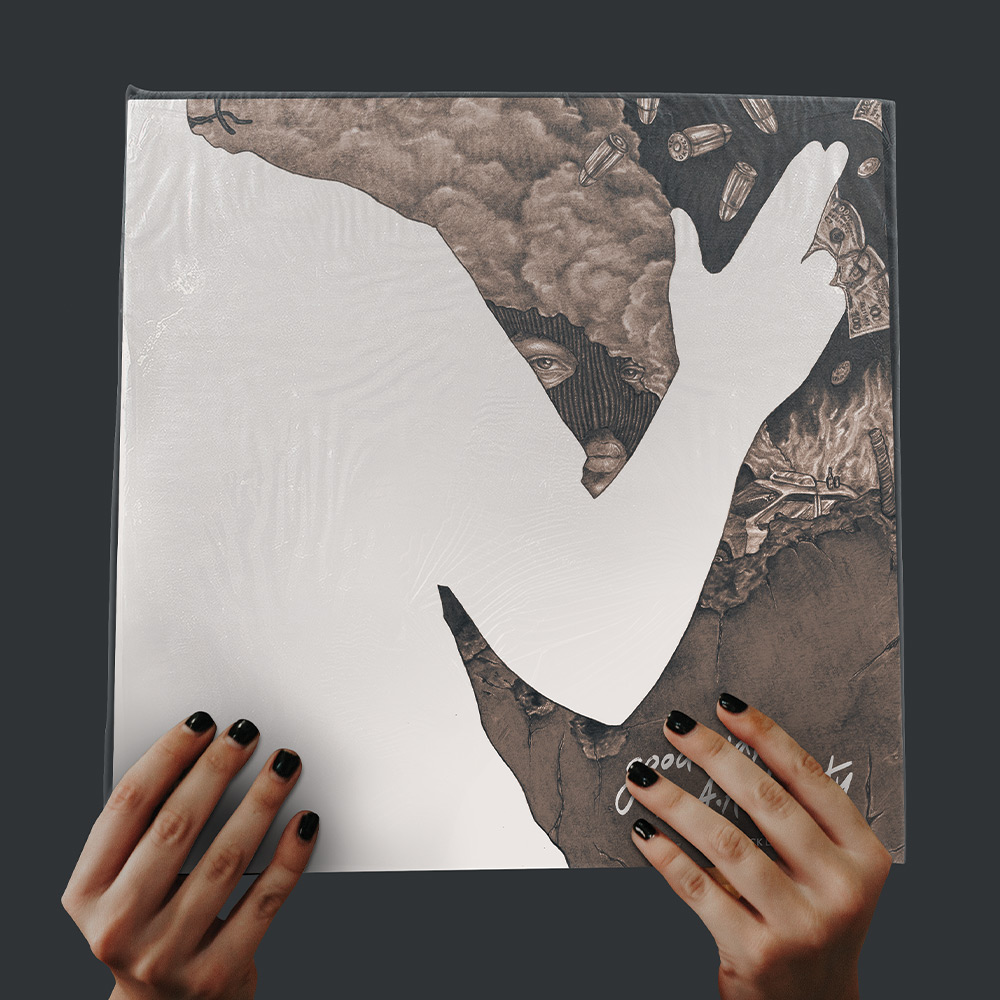 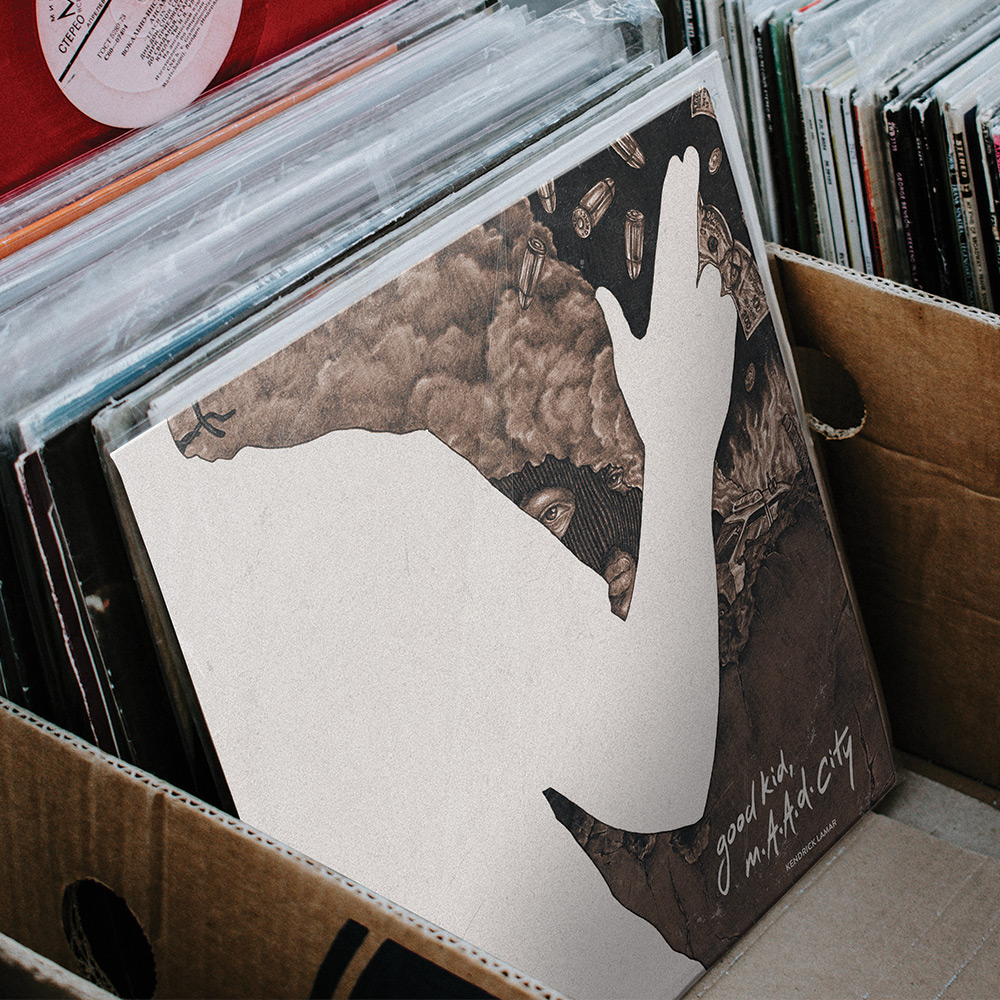