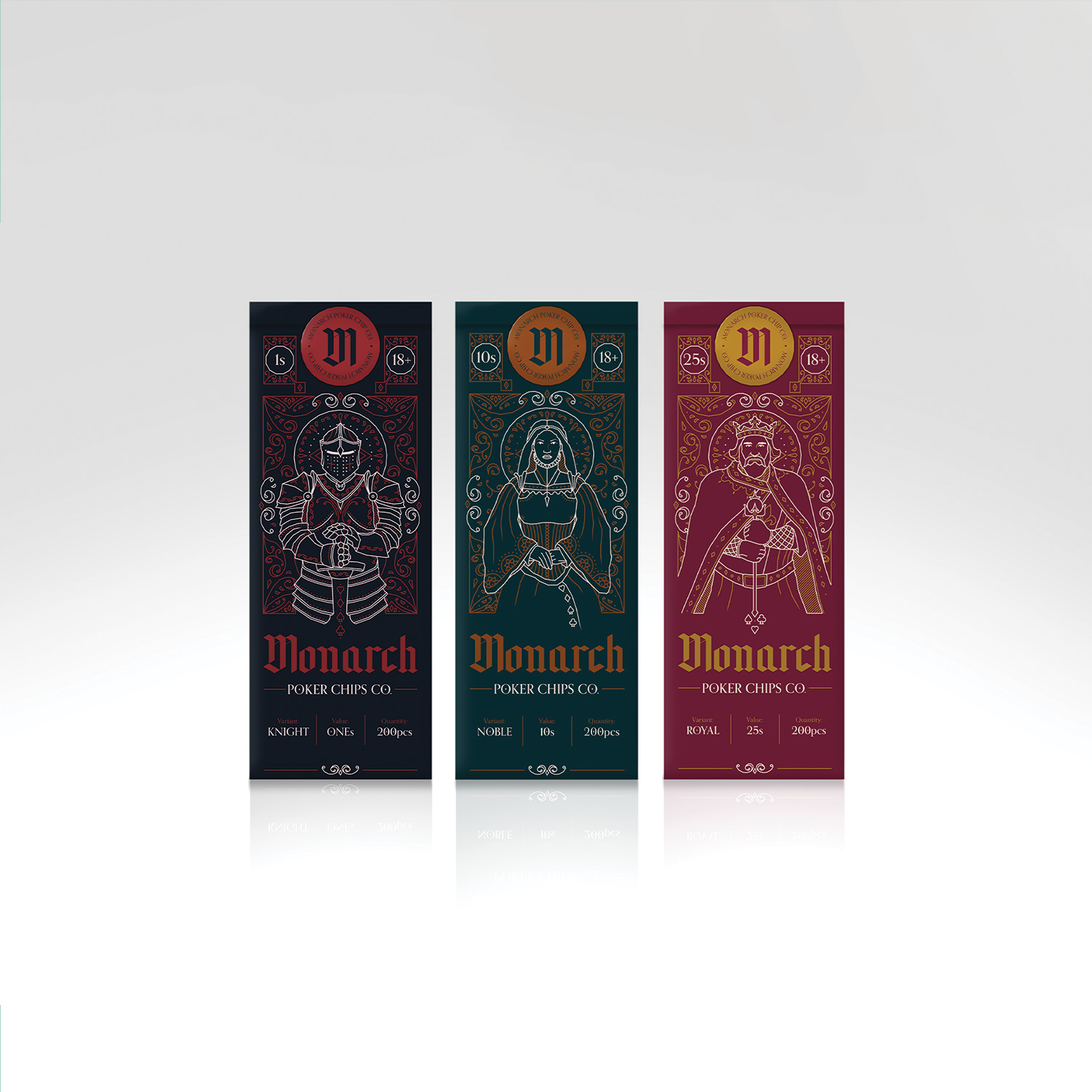 As Monarch is a luxury poker chip company, the brief was to create a set of boutique packaging designs that would appeal to young, social audiences. The creative direction for this set was modern illustrations inspired by the Middle Ages. This idea looked to expand beyond the “King, Queen, Jack” sequence of playing cards to make for a unique companion set.

My approach to the brief was to create a feeling of sophistication and class through a highly detailed illustration style. This style was influenced by the scrolls, texts, and paintings of the Middle Ages. Stained glass windows were also referenced to create strong, confident compositions. Three different characters were illustrated—the Knight, the Noble, and the Royal—with each representing a different current chip value. 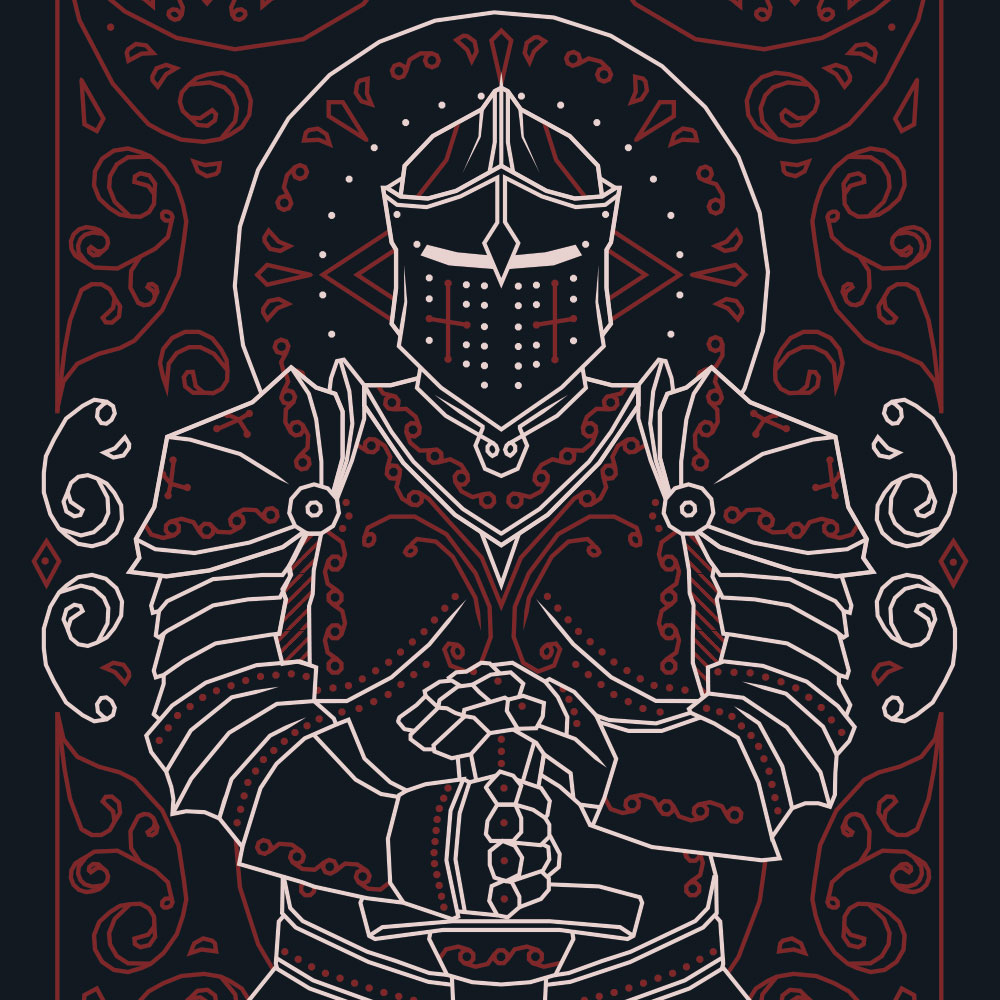 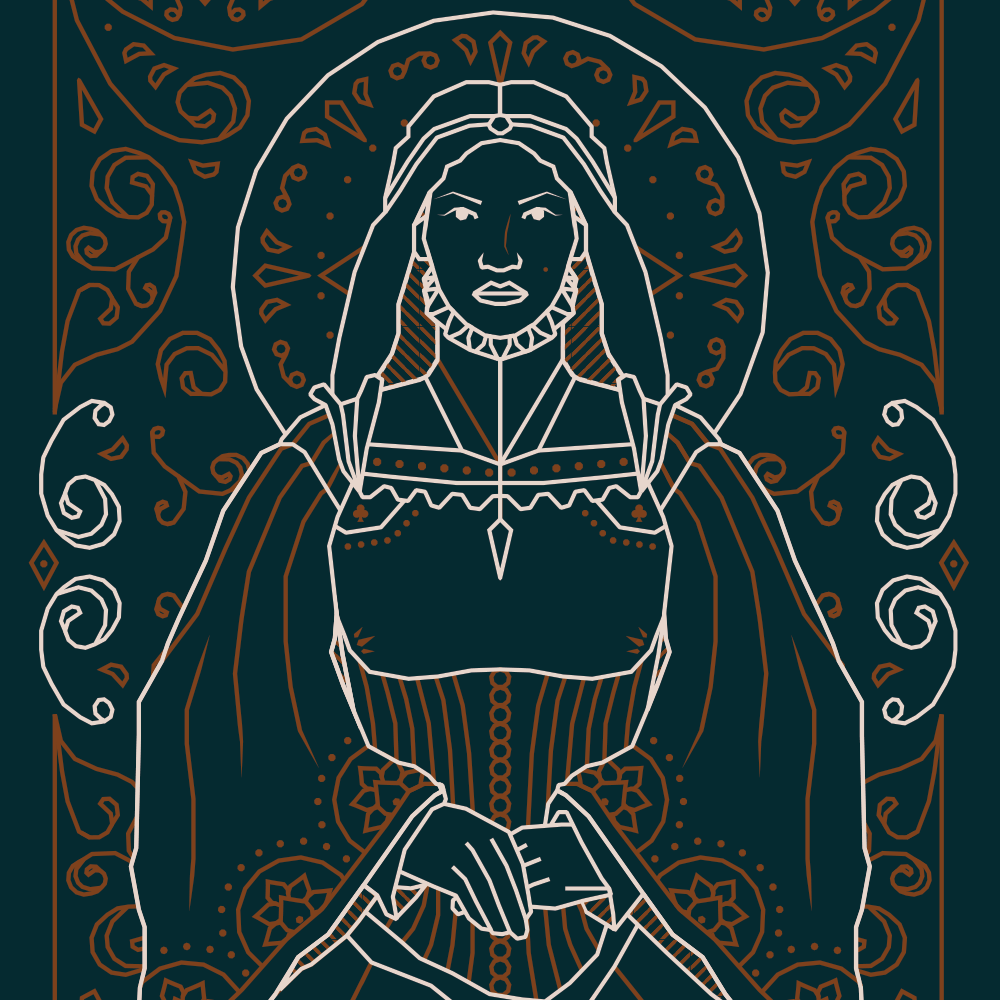 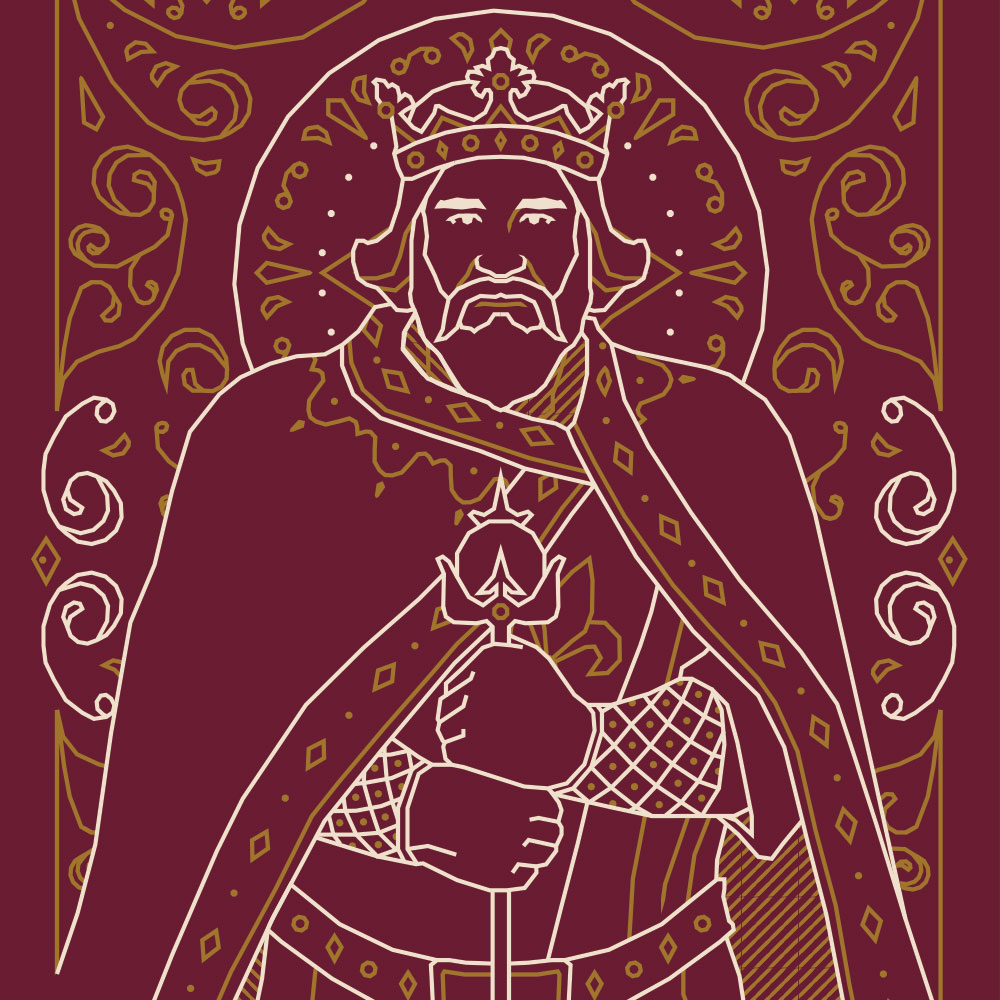 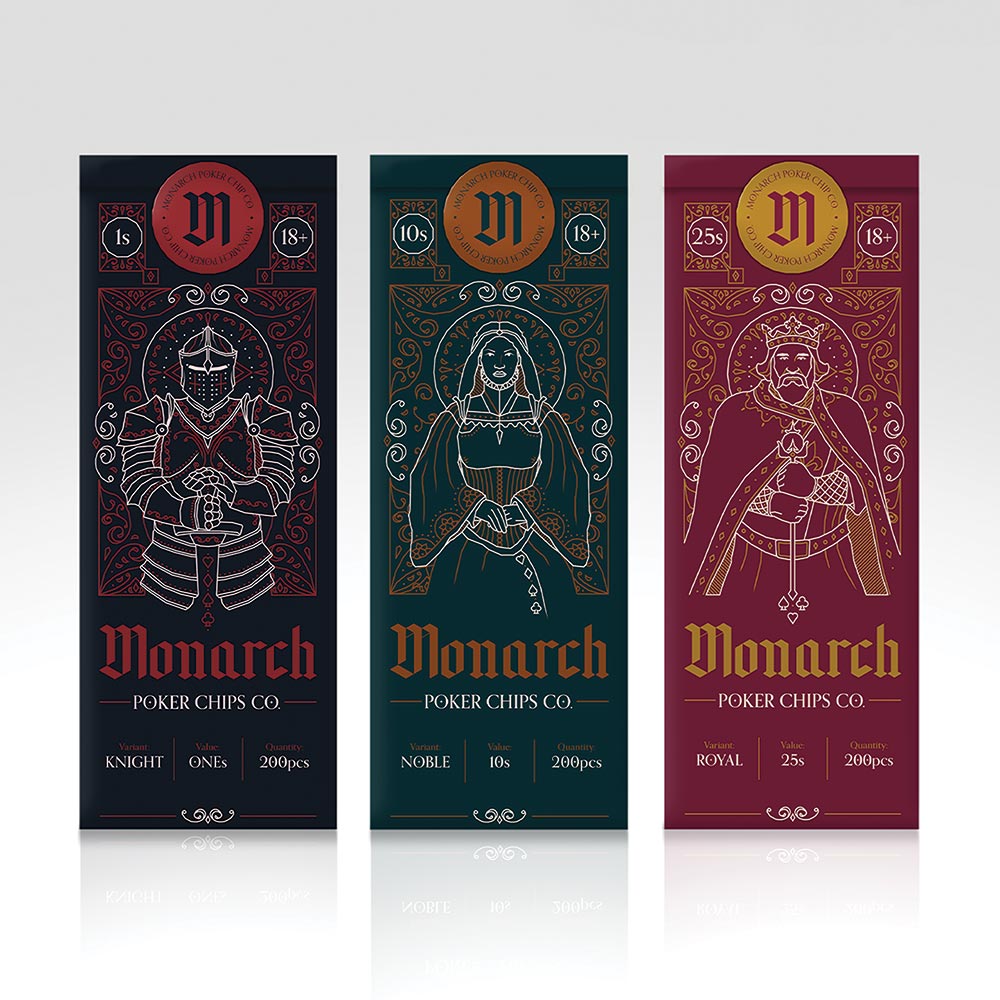 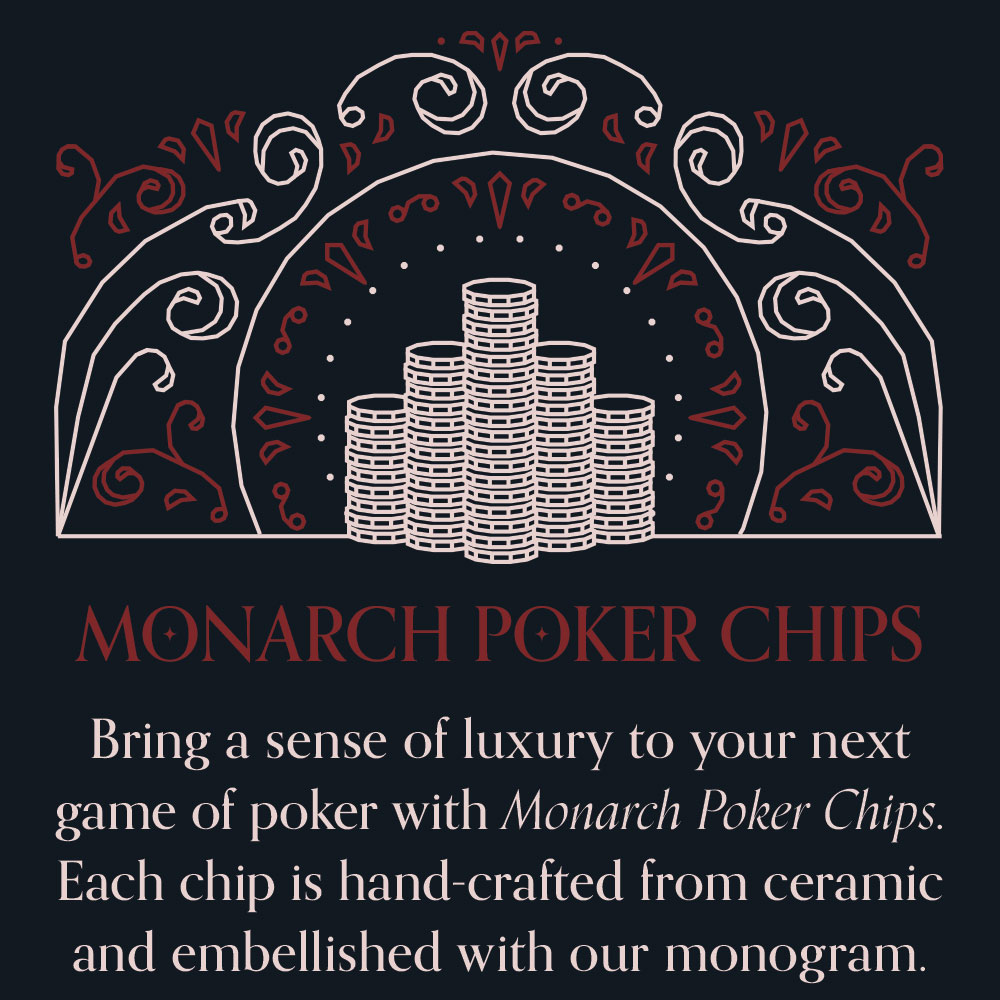 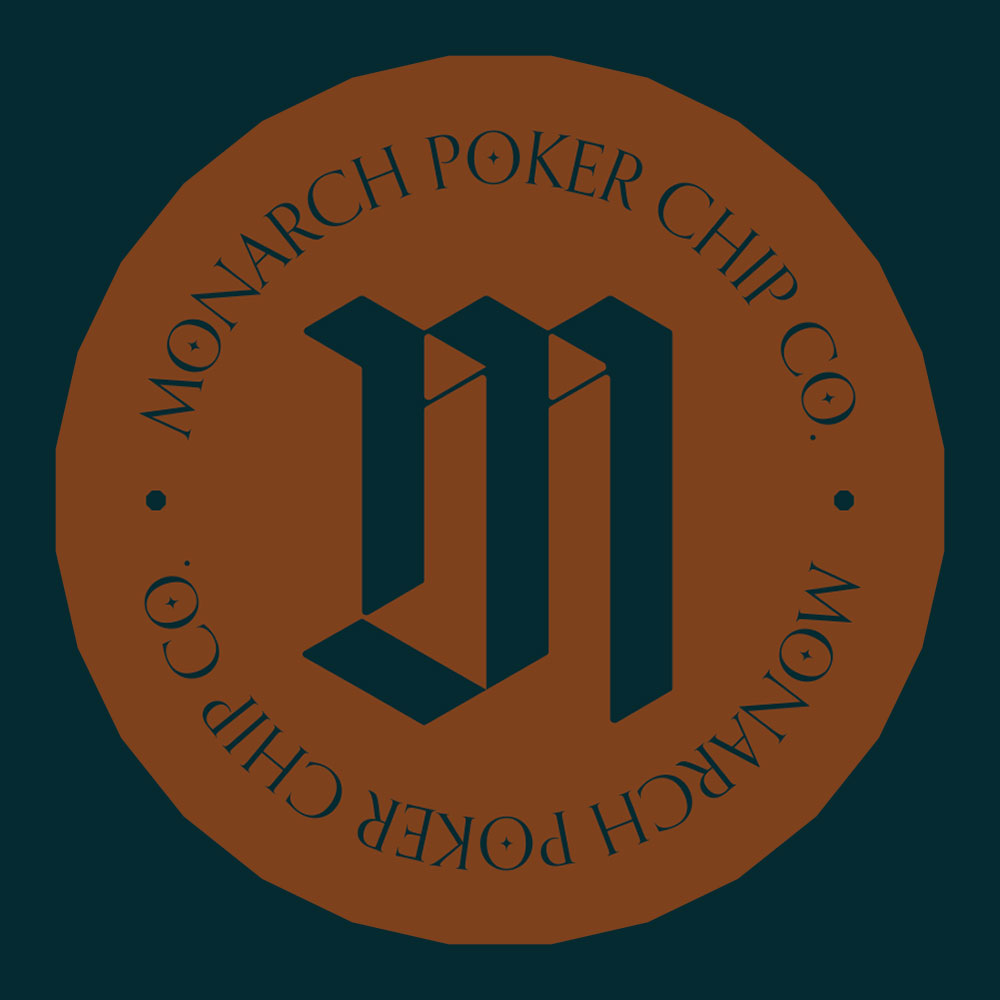